If you’re anything like 75% of the world, taxes overwhelm you and make you cry at least once a year. Even if we pay the money to have an accountant deal with them for us, the mere mention of “tax season” still gets our heart racing a little faster.

So, let’s break it down Canadian Income Tax Brackets! Over the next few blogs, we’ll be going into some tax basics and tips to help you feel more confident and less going-to-cry-on-the-office-floor-on-hold-with-the-CRA.

Canada and the USA both have progressive tax systems. This means that the tax rate increases as the taxable income increases.

One thing to note is that a lot of people think that by making enough income to go into a higher tax bracket, all of your income gets taxed at that new, higher rate, but that’s not true.

Let’s look at an example. We’ll take Canada’s numbers although the concept is the same for both Canada and the USA, just with different numbers.

So, if you end up getting a raise that pushes you into a new tax bracket, do not worry. Not all of your income starts getting taxed at that higher rate; only the income that has happened at that new step. 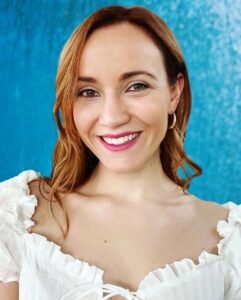 Brittany is the founder and CEO of Real Aduilting 101. She's dedicated to helping elevate her generation and those following through mentorship, education and empowerment. She knows everybody has the potential to live a beautiful and fulfilling life, but that only certain people were given the tools to create it.

THANKS FOR JOINING THE COMMUNITY

We can’t wait to see you in our sessions!

Click the link below to add us to your calendar so that you can access the space any Sunday or Wednesday that you’d like to join us:

Add to my Calendar

Remember to bring any tasks that may have been hanging out on your to do list a little too long.
Dishes, meal prep, booking an appointment, answering emails, looking into insurance, studying. Whatever it is,  we’ve got this!